Piano Music in a Church

Hungarian Songs in a Chateau

Piano Music in a Chateau 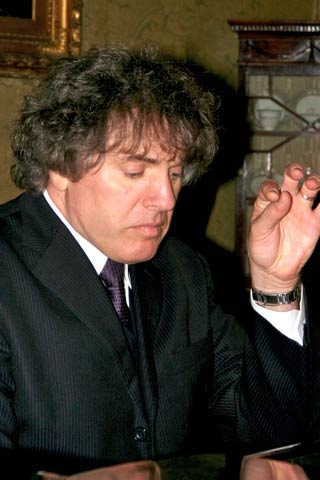 Endre Hegedus, a world class concert pianist, was born in 1954 and graduated from the Liszt Ferenc Academy of Music in Budapest. Since 1978, he has won several prizes at ten international piano competitions.
He gives regular concerts as a soloist and has had success on tours in several European countries, Australia, USA and Japan. Hegedus' exceptional live performances distinguish him as a master of tonal beauty and clarity. 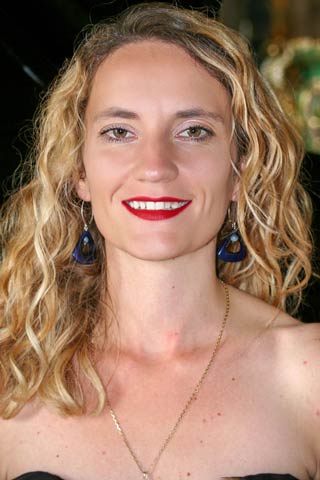 After a Master’s degree in Pacific cultures obtained in France and New Zealand, Anne Sophie Petit joined Stephan Macleod’s class at the Lausanne Musikhochschule, where she completed a Master’s degree in solo vocal performance. Young Talent of the Philippe Jaroussky Music Academy in 2019-2020, she is also a recipient of the Royaumont Foundation, and joined the Opéra de Lyon Studio in 2020. She made her debut at the Opéra de Lausanne as Musetta in La Boheme (2017), and has since sung the Fairy in Cinderella (2018) and the title role in Guy-François Leuenberger’s creation Little Red Riding Hood (2020).
As a soloist, she has performed with ensembles and orchestras such as Gli Angeli Genève, the Lausanne Chamber Orchestra, the Orchestre de Suisse Romande, the Picardie Orchestra and ensemble Les Ambassadeurs, with conductors like Frank Beermann, Jesus Lopez Cobos, Leonardo Garcia Alarcon, Arie van Beek and Alexis Kossenko.
Fond of many repertoires, she has collaborated with pianists such as Florent Lattuga in a recital on American music, and with Marcell Vigh in a program of Hungarian songs from the 20th century.
Her projects in 2020-2021 include the roles of Fire, Princess and Nightingale in Ravel’s l’Enfant et les Sortilèges at the Opéra de Lyon, Yniold in Pelléas and Mélisande at the Opéra de Rouen, and the Queen of the Night in die Zauberflöte, in a tour of the Orchestra of the Eighteenth Century in the Netherlands. 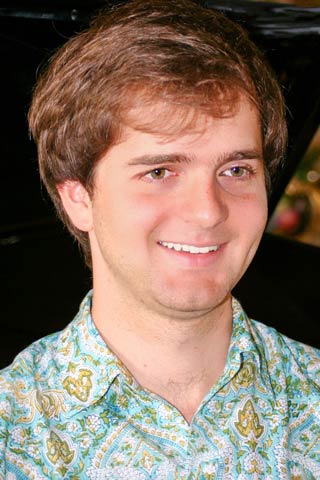 Following initial studies with a number of teachers in Hungary, Ireland (Royal Irish Academy of Music) and France (Dijon Conservatoire), Marcell Vigh completed his Bachelor’s and Master’s degrees in piano and piano pedagogy with Christian Favre and Jean-François Antonioli at the Lausanne Musikhochschule (HEMU) in Switzerland. As of 2020, he is continuing his studies in specialized piano accompaniment at the same institute, a field for which he holds a special interest.
Recipient of the Richard Wagner scholarship as piano accompanist in 2017, he has actively participated in a number of masterclasses in vocal accompaniment with Helmut Deutsch and Martin Katz in particular. An avid chamber musician, he pursued chamber music lessons with Vincent Coq, Patrick Genet and Hans Egidi among others and plays regularly in duo and trio formations.
He has worked with many leading French pianists including Jacques Rouvier, Roger Muraro, Fernando Rossano as well as others from his native Hungary such as Balázs Fülei, Márta Gulyás and Endre Hegedűs.

A captivating selection of recordings is listed below for demonstrating Tone-Pearls recording technique. As a courtesy, you may download high resolution lossless flac files for free.

What is a WAV file?

“The most common WAV audio format is uncompressed audio in the linear pulse code modulation (LPCM) format. LPCM is also the standard audio coding format for audio CDs, which store two-channel LPCM audio sampled 44,100 times per second with 16 bits per sample. Since LPCM is uncompressed and retains all of the samples of an audio track, professional users or audio experts may use the WAV format with LPCM audio for maximum audio quality. WAV files can also be edited and manipulated with relative ease using software.”
— Wikipedia

What is a FLAC file?

“FLAC stands for Free Lossless Audio Codec, an audio format similar to MP3, but lossless, meaning that audio is compressed in FLAC without any loss in quality. This is similar to how Zip works, except with FLAC you will get much better compression because it is designed specifically for audio, and you can play back compressed FLAC files in your favorite player just like you would an MP3 file. FLAC stands out as the fastest and most widely supported lossless audio codec, and the only one that at once is non-proprietary, is unencumbered by patents, has an open-source reference implementation, has a well documented format and API, and has several other independent implementations.”
— xiph.org