If you have listened to a professional studio tape recorder playing a master tape, you certainly know the superiority of open reel tape recorders. Nothing compares to the most natural sound of an R2R tape recorder, even the sound of the best LPs or SACD or network players.

'Folks, to say that this was a better sound, even “an extraordinarily better” sound, doesn’t cut it. This was a revolution.', wrote Jonathan Valin in The Absolute Sound testing an excellent a reel-to-reel tape recorder.

The story began at the end of 19th century

The beginning of the story was not about music recording. The original intention was very practical: Telephone answering devices and dictating recorders. The practical needs drove the invention of early wire recorders, as well as Edison's cylinder recorders and players. The theory of magnetic sound recording was developed by Oberlin Smith in the USA, in 1878. However, his invention went unnoticed. After twenty years (in 1898), a Danish engineer, Valdemar Poulsen, was granted the first patents for magnetic wire recorder.

The first real music recording, a live concert recording of Handel’s 'Israel and Egypt', was made in Crystal Palace by Edison’s London-based agent in 1888. The wire recorder and the vinyl records were all folks had for sound recording until WWII. These devices were definitely not readily portable and sound editing was almost impossible. It is then another three decades before the magnetic storage technique finds its definitive form. 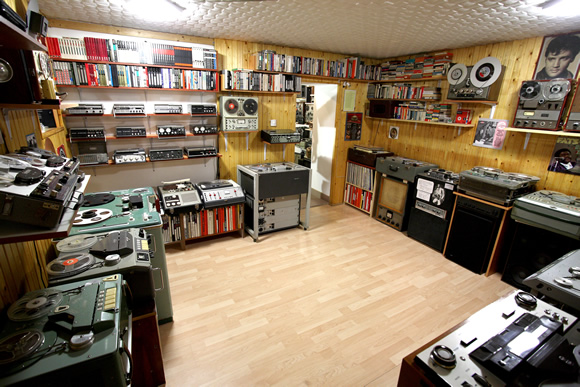 German engineers of AEG created a new magnetic reel to reel tape recorder based on the invention of Fritz Pfleumer (1927). The magnetic tape changed everything. After WW II, the technology began expanding all over the world and became a universal method of storing sound, images and data. The tape could now be edited without a trace of a splice; the tape could be copied without any significant loss of quality: and the tape could be also erased and reused over and over.

The analogue tape recorder had steadily increased in quality to the point that professional studios had totally relied upon the storage of music onto reels of tape.

The changeover from all analogue recording to digital recording took place during the late 90’s. 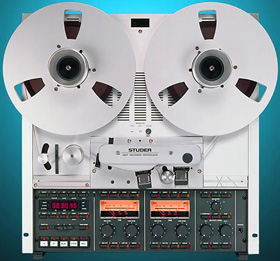 Studio quality tape recorders are the ultimate choice for superior sound quality. If you have a top high-end system, space and also a budget to house a 'dynosaur', and you also have the willingness to learn how to maintain, a studio machine is the best choice for you. 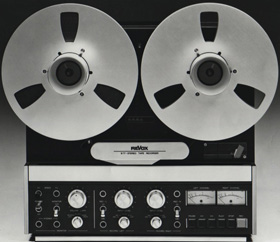 A lot of great commercial reel to reel tape recorders were offered in the late 70’s through the early 90’. These machines are easier to operate and maintain and, last but not least, take up less space in your listening room.

Some models were used even in radio stations, recording studios and other commercial applications. Especially the Revox A77/B77/PR99 models were very popular because of their stability and quality. But the Technics RS1500 series, Otari MX-5050 serie and some models by Tascam/TEAC might be all considered as potential subjects for high a level of sonic quality.

The risk of buying an old tape recorder

Although the sound of analogue tape is tempting, but acquiring and especially maintaining an own machine presents a set of challenges.

What is the risk? First of all the mechanical parts of the machine: motor bearings, tape guides and rollers, pinch wheels, brakes and tape heads. These are all essentially consumable parts and not easy to replace. The electronics should face an aging process (e.g. electrolytic condensators dry out). Electronics need a regular alignment. If your machine isn't well aligned and properly maintained, music quality suffers quickly and obviously.

Alignment means head alignment, replay gain and EQ, record gain, EQ and bias. Without a reliable test and alignment tape, you are not in the position to align the heads and replay circuitry. Although it is not hard to align a tape machine's electronics if you have the appropriate equipment and the necessary knowledge. Otherwise, you will need to go to a specialist with your tape recorder.